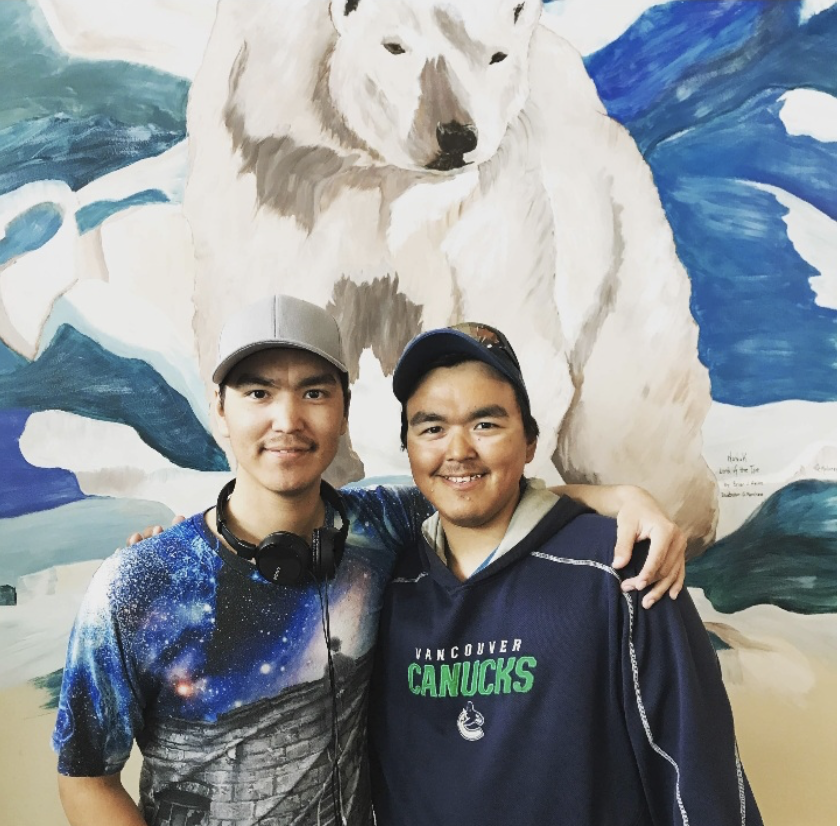 Tunnganarniq Live Passes the mic to Arviat and Inuvik

After only six months on the air, Uvagut TV, Canada’s Inuktuk-language TV channel, is helping build live production capacity in communities across Inuit Nunangat, enabling filmmaking teams to produce and share their stories with each other and a national audience.

Uvagut TV’s weekly flagship program Tunnganarniq Live, a showcase of Inuit talent, has been guest hosted several times by members of the Arviat Film Society since March — and on June 23 they pass the mic to Inuvik where members of the Inuvialuit Communications Society, newly trained in live broadcasting techniques, will host the first Inuvik-based episode of the show.

“Expanding local capacity in live production is central to our vision for the channel,” says Lucy Tulugarjuk, Managing Director of Uvagut TV. “Community-based filmmaking teams across the Arctic are developing new skills and sharing their stories with other Inuit live on television. That’s never been possible for us before. And this is only the beginning. As Uvagut TV grows in the months ahead, we’ll be able to offer live programming from different communities on a daily basis.”

“Going on live broadcast here in our own community feels amazing,” says Nuatie Sylvia Aggark, who’s been hosting the Arviat episodes of Tunnganarniq Live, getting tech support from her husband Evano Jr Aggark. “We’re getting support from our leaders – our SAO, mayor and MLA — and from people all over Kivalliq region. And here in Arviat people are happy that we’re representing our town in a good way, with so many talented people and different artists.”

Among the guests Nuatie Sylvia Aggark has welcomed on the show are musician Paul K. Irksuk, visual artist Monica Pingushat, dancers Shelton Nipisar and Malachi Paungalak, and chef Hattie Alagalak. “And there’s lots more to come!” she says. Her Arviat team also produced a special live broadcast of a recent musical celebration in their Community Hall.

The first broadcast of Tunnganarniq Live from Inuvik will be hosted by Margaret Noksana, who hails originally from Tuktoyaktuk and feature Nungki Rogers and his niece Vanessa Rogers, members of the Inuvik Drummers and Dancers.

Local production teams are being trained in LiveU Solo, technology that allows them to transmit a signal from their cameras to Uvagut TV’s master control, which then broadcasts the program on Uvagut TV, the Uvagut Facebook Page and an online mirror broadcast stream at www.uvagut.tv. Maia Iotzova, project manager on Tunnganarniq Live, has been overseeing the community-based training. “This kind of high-tech low-cost live broadcasting works well in the Arctic,” she says, “and we’re excited about the potential to expand into other communities.”

The team behind Uvagut TV have been live broadcasting from remote, low-bandwidth Arctic communities for decades, going back to the 1995 when NITV, the non-profit that owns Uvagut TV, started producing Nunatinni (At Our Place), a live news and cultural affairs show, that aired on community cable TV in Igloolik.

Tune into Tunnganarniq Live every Wednesday at 7 pm EST.