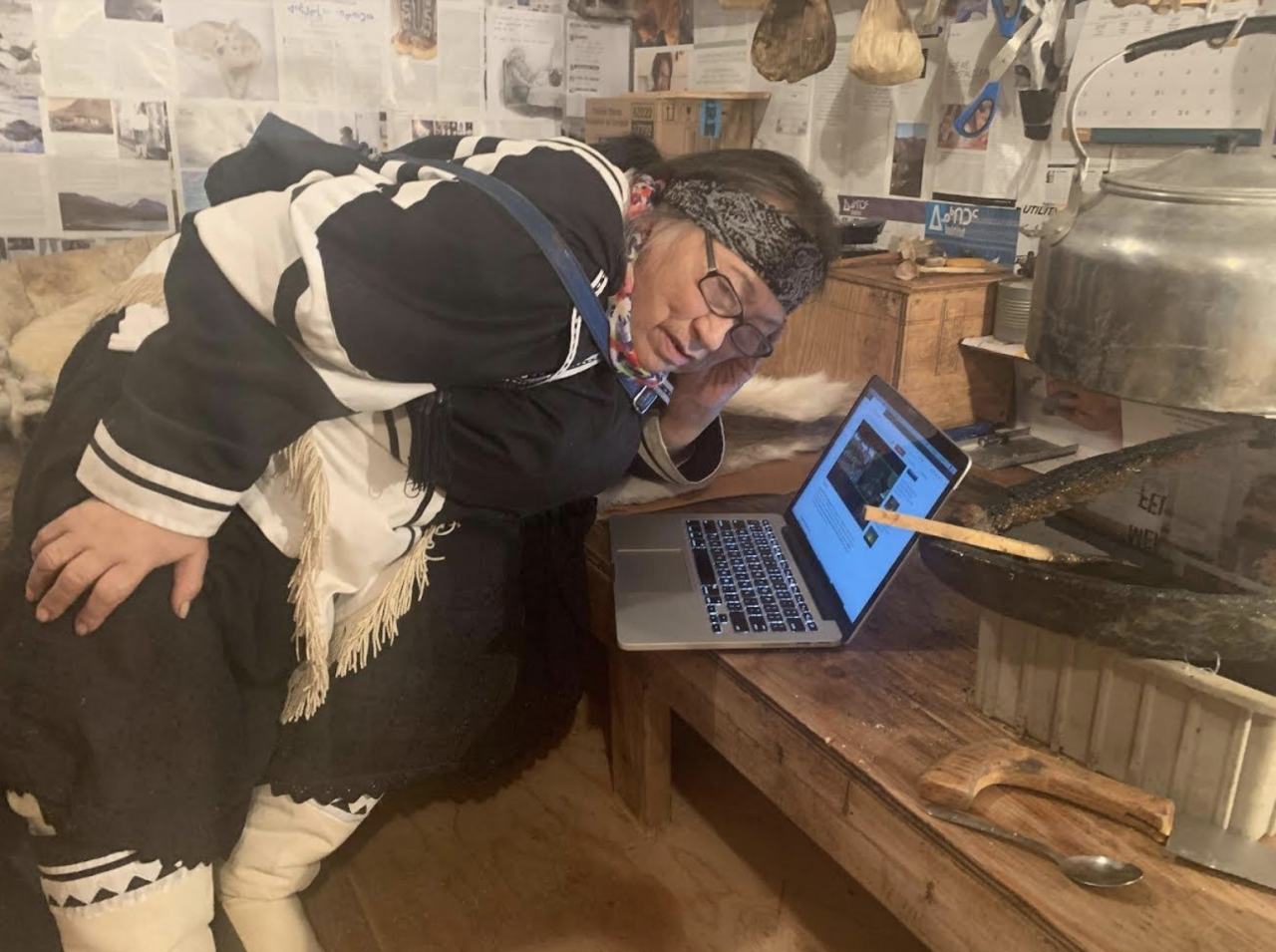 “Why is NIRB locking the door? Inuit have the right to hear what’s happening on our land” NITV files legal motion to secure meaningful access to Baffinland Mine Public Hearings (Oct. 6, 2021)

Uvagut TV is redoubling its efforts to secure the right to rebroadcast public hearings into the proposed Phase 2 Expansion of the Mary River Mine being conducted by the Nunavut Independent Review Board (NIRB).

Nunavut Independent Television Network, the Igloolik-based not-for-profit that owns and operates Uvagut TV, has filed a motion with the NIRB requesting broadcast and rebroadcast rights for the next round of hearings, scheduled from November 1 to 6. The legal action challenges a NIRB decision earlier this year that denies Uvagut TV the right to rebroadcast the hearings.

“Why is NIRB locking the door?” says Lucy Tulugarjuk, NITV’s executive director. “Inuit have the right to hear what is happening on our 65land. By denying us the right to rebroadcast, NIRB is making it hard for Inuit to be meaningfully informed about a decision that will have a huge and direct impact on their lives.”

The Baffinland iron-ore mine made national headlines earlier this year when a group of concerned Hunters from Pond Inlet and Arctic Bay called the Nulujaat Land Guardians mounted a protest on the mine-site, and once again when workers on the mine site were linked to a covid super-spreader.

Operating since 2014 in the Qikiqtani region of Baffin Island, the proposed expansion of Baffinland’s open pit iron mine, the largest mining project in the Canadian Arctic, has raised concerns throughout the region, particularly among lnuit in seven impacted communities, relating to land and water contamination, threats to Caribou and marine mammal populations, and the implications for Inuit livelihood, language and culture. Its proposed Phase 2 expansion entails the construction of a 110-kilometre railway and would double the amount of ore shipped annually from Baffinland’s northern port near Pond Inlet from 6 million to 12 million metric tonnes.

In one of three affidavits submitted with the motion, Anita Uutuvak from Pond Inlet writes, “I have never been able to watch an entire sitting day of the NIRB Hearings because of work and childcare obligations.” She also states, “given the significance and sustained public interest in the project and the hearings before the Board, and the fact that this project engages a broad spectrum of rights of Inuit, I believe that other members of my community also want to watch the hearings at a time convenient for them to do so, so they can understand the perspectives of the parties and interveners, and understand the recommendation of the NIRB to the Minister once it is made.”

NIRB has claimed that a rebroadcast of the public hearings might ‘interfere, disrupt or distract’ from the Board's objective in conducting proceedings, but NITV’s motion challenges this decision as vague and arbitrary, and in violation of Inuit rights to meaningful participation in, and access to, decisions about resource use on their lands.

“NIRB’s move to block Uvagut TV’s rebroadcast is not supported in law,” says Qajaq Robinson, a member of NITV’s legal team. “There is an increasingly urgent need to ensure transparency in Arctic resource management and development, and the arguments presented in our motion are based on Charter, Constitutional and Common Law rights as well as principles established in the Nunavut Land Claims Agreement, the findings of the Qikiqtani Truth Commission as well as Canada’s commitments to UNDRIP and Reconciliation.”

NITV has worked collaboratively with NIRB since 2012 to increase transparency and access to the Mary River Mine public hearings by making them accessible in Inuktitut and English on radio and online. In January 2021, NITV launched Uvagut TV – a national Inuktut-language television channel available to subscribers across the Arctic and throughout Canada and freely available to anyone with a strong internet connection. In April NIRB denied NITV’s request to rebroadcast previous sessions (in their entirety) citing concerns mentioned above.

The NITV motion, submitted on Sept 15, was prepared by legal counsel Tess Layton, a specialist in media law, and Qajaq Robinson, an expert in Indigenous rights who recently served as a Commissioner in the inquest into Missing and Murdered Indigenous Women and Girls

This final phase of hearings into the proposed phase two expansion of the mine is scheduled to take place between November 1 to 6, 2021. Once hearings are complete, NIRB will recommend a course of action to the Minister of Crown Indigenous Relations and Northern Affairs Canada, Dan Vandal, who will make the final decision on the proposed expansion.