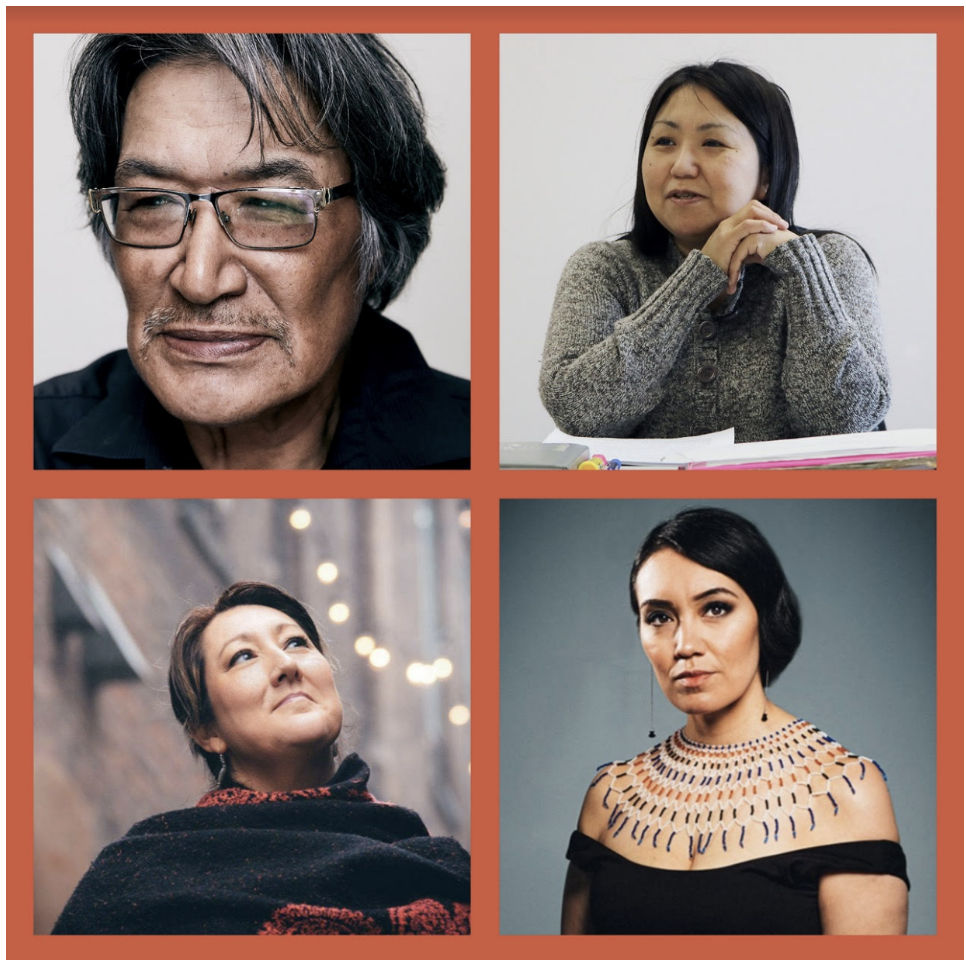 Wednesday, February 24: Lucy Tulugarjuk and Zacharias Kunuk Co-Host Live Celebration to mark the Launch of Uvagut TV
Feb. 22, 2021. Toronto. The sun is back in Arctic communities and Uvagut TV (“Our” TV), Canada’s first 24/7 Inuktut channel, has been on the air for just over a month, bringing Inuktut programming into over 600,000 homes across all four Inuit regions and the rest of Canada.

At 11 am (ET), Wednesday February 24, elders, spokespersons and performers from across Inuit Nunangat will join co-hosts Lucy Tulugarjuk and Zacharias Kunuk for a special celebration of the arrival of all-Inuit television.

The two-hour live event will get underway in Igloolik, in a qammaq built by Zacharias Kunuk for the launch of the channel. Elder and filmmaker Susan Avingaq will light the qulliq to begin the celebration.

“Countless Inuit have worked over generations to dream the first Inuit-language channel into existence,” says Lucy Tulugarjuk, Executive Director of NITV and Uvagut TV’s Managing Director. “This is a cause for celebration, and we’re honoured to have so many friends, so many great Inuit artists, join us for the party.”

The lineup of people sharing messages includes the Honourable Paul A. Quassa, Speaker of Nunavut’s Legislative Assembly; the Honourable Margaret Nakashuk, Nunavut’s Minister of Culture and Heritage; Jesse Wente, Executive Director of Canada’s Indigenous Screen Office and chairperson of the Canada Council for the Arts; Andrew Eddy, Vice President of Programming for Shaw Communications and Mary Nirlungayuk, Vice President of Corporate Services for Arctic Co-ops Cable along with representatives from several of the Inuit producers and production societies whose shows are broadcasting on Uvagut TV.

“This is a special moment,” says Dr. Zacharias Kunuk (OC, ON), Head of the Isuma Group and Vice-Chair of NITV, whose feature film and documentary work created over the past 30 years has helped people believe that a channel like Uvagut TV was possible. “We’ve wanted our own TV channel in our own language for so many years. Now that day is finally here.”

Uvagut TV broadcasts 24/7 around the clock with Inuktut language children’s series, movies, documentaries, archives and live TV, 60% subtitled in English. Wednesday’s live broadcast of the celebration pre-empts regular programming between 11 am and 1 pm (EST), and will be rebroadcast from 6 pm to 8 pm.

There are 762 national broadcasters in Canada. Uvagut TV is now, alongside APTN, only the second Indigenous television service and Canada’s only Indigenous language television channel. Uvagut TV is available nationally to 610,000 Shaw Direct satellite subscribers, Arctic Co-op’s Cable subscribers in Nunavut and NWT and FCNQ subscribers in Nunavik. Other satellite and cable systems will be added in coming months. Viewers around the world can stream the service online 24/7 at www.uvagut.tv

Uvagut TV is owned and operated by Nunavut Independent Television Network (NITV), an Inuit non-profit founded in 1991 in Igloolik as a training centre for Inuit community filmmaking. NITV is dedicated to the enhancement and preservation of Inuktut and Inuit culture through the creation and exhibition of Inuit video art, linking Nunavut communities through Internet television channels, local access internet-TV, media training and digital literacy initiatives, the production and distribution of Inuktut video and film — and now broadcast television.